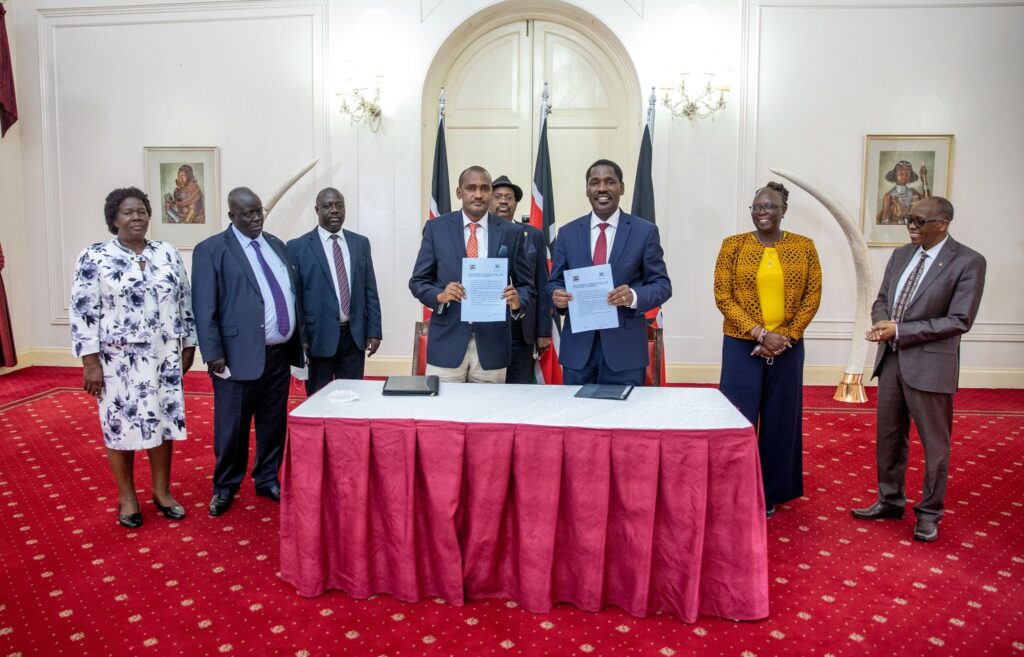 Uganda and Kenya have resolved to remove all impediments in the cross border trade between the two countries.

This was reached at during a bilateral meeting in Nairobi on December 21. The Ugandan ministerial delegation led by Hon. Frank Tumwebaze, the Minister of Agriculture, Animal Industry and Fisheries also included Maj. Gen. David Kasura-Kyomukama and Dr. Anna Rose Ademun Okurut, Commissioner Animal Health in the Ugandan Ministry of Agriculture while the Kenyan contingent had Hon. Peter Munya, the Cabinet Secretary, Ministry of Agriculture, Livestock, Fisheries and Cooperatives accompanied by Ms. Betty Maina, Cabinet Secretary for the Ministry of Industrialization, Trade and Enterprise Development.

During the meeting, it was agreed to immediately remove any administrative measures that have hitherto inhibited trade in poultry and poultry products.

The two delegations also agreed to establish a team of key stakeholders, including the Country Revenue and Fisheries Authorities, to work out a transit mechanism for fish from Lake Turkana in Kenya to DR Congo through Uganda. Both countries also agreed to work jointly to address the challenges of harvesting immature fish in Lake Victoria.

Owing to the persistence of domestic levies by both countries that contravene the EAC Customs Union Protocol, the ministers undertook to remove all levies immediately and in any case not later than July 1, 2022.

It was also agreed both countries continue cooperating on matters relating to trade in sugar, including streamlining issuance of import permits.

Below is a downloadable scanned copy of the communique.