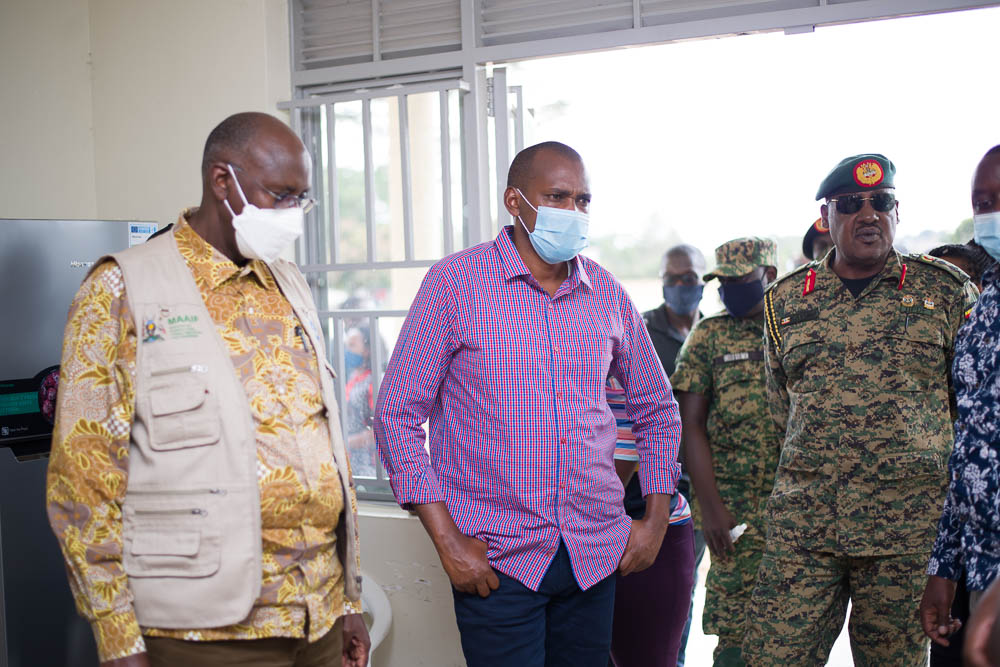 The Minister of Agriculture, Animal Industry and Fisheries (MAAIF) has praised the farming community in Mbarara for ramping up efforts to tackle the Foot and Mouth Disease (FMD) in the district. FMD is a highly contagious viral disease that attacks mostly cattle.

Hon Frank Tumwebaze, the Agriculture minister, led the approval during a meeting on August 1 between top-level officials from the ministry and the district at Palm World hotel in Mbarara city as he winds up a countrywide familiarization tour.

During the meeting, it was observed that the district is one of the best implementers of the cattle quarantine to guard against FMD and that other districts need to copy its approach.

On that background, Hon Tumwebaze said the ministry needs to work out a framework of instituting quarantines across the cattle corridor to guard against FMD. “We need to work out a policy of when to institute a partial quarantine and when to put in place a full quarantine such that livestock farmers know what to expect,” he said.

The minister noted that although some farmers may not be happy with the quarantines instituted to contain the FMD, he said focus should be on fighting the disease, not quarantine.

Earlier, Dr Andrew Akashaba, the Mbarara District Veterinary Officer (DVO), said much as they are doing their best to contain FMD through fencing and paddocking, authorities in neighbouring districts such as Isingiro and Kiruhura need to do more.

“We banned moving cattle on foot and don’t allow street or communal grazing which we know spreads FMD,” he told the MAAIF delegation. “The sub-counties that are mainly affected are those that neighbour Kiruhura. They [Kiruhura] are the ones spreading the disease to Sembabule, Kamwenge, Kazo and Ibanda.”

In his speech, Mbarara North MP, Robert Mwesigwa Rukaari, asked district leaders to exercise their authority to fight the disease. “We have to make our own bylaws such that the rest of the country copies from us,” he said.

Following concerns raised by farmers about the complex nature of cattle breeding, Dr Peter Beine, the acting Executive Director of the National Animal Genetic Resources Centre and Data Bank (NAGRC), informed the gathering that the agency will embark on training all DVOs across the country in artificial insemination.

Prior to the Mbarara meeting, the MAAIF delegation visited the border district of Isingiro to assess the situation on the porous Uganda-Tanzania border that is blamed to be the leading spreader of FMD.

At the Kikagatti border point, officials from Uganda Revenue Authority (URA) told Hon Tumwebaze that there is no formal system of trading cattle in the area. This confirmed the allegation that most of the cattle go through informal routes and shortcuts, which increase the risk of spreading FMD.

Nonetheless, Hon Rwamirama ruled out stopping cattle trade between Tanzania and Uganda but cautioned livestock farmers to first seek clearance from Tanzanian and Ugandan authorities that cows are FMD free before transporting them. He also promised more facilitation to security officials in districts that are fighting FMD to help effectively monitor illegal routes used by some traders to move cattle.