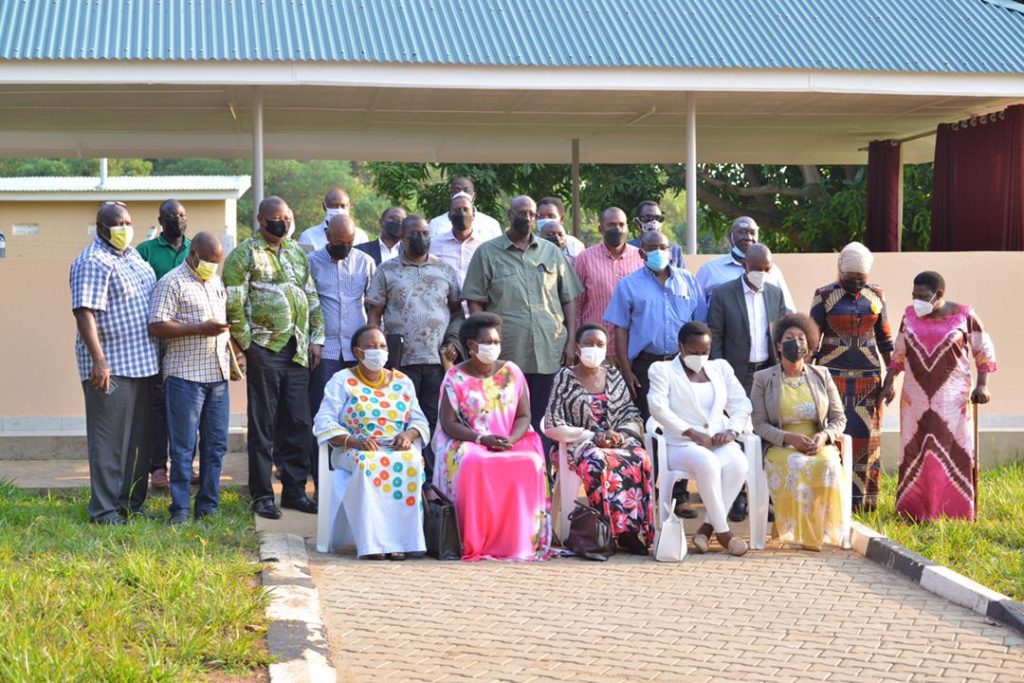 As government strives to turn agriculture into a viable commercial sector for farmers, one of the key agendas is to transform agricultural raw materials into higher-value products through agro-industrialization.

It is on this premise that on July 22, Hon Frank Tumwebaze, the new Agriculture minister, led a top-level contingent from the Ministry of Agriculture, Animal Industry, and fisheries (MAAIF) to Gulu to meet Operation Wealth Creation (OWC) officials led by Gen Salim Saleh, the Chief Coordinator.

The main goal was to foster the agro-industrialization initiative between the two entities.

During the meeting, the two agencies committed to prioritize the agro-industrialization program in order to increase the current production and productivity, quality and quantity of volumes of agricultural products as well as boosting efforts to ensure that the products are handled properly to avoid contamination.

On his part, Hon Tumwebaze reiterated MAAIF’s commitment to see this is achieved. “We are not going to look at industrialization in isolation, it has to be looked at in the value chain. If a farmer experiences inadequate production or has poor quality products, then agro-industrialization will be affected,” he said. “Also, agro-industrialization cannot be realized if post-harvest is not handled well and the product is not free from disease.”

Agriculture is major a source of livelihood and under the National Development Plan III, agro-industrialization will enable Uganda to embark on its long-term aspiration of increasing household incomes and improving the quality of life.

Gen Saleh welcomed the ministry’s proactive approach and said he is looking forward to a coordinated sector that would ultimately lead to less wastage and high efficiency in implementation of government programs.

He further emphasized Uganda is on course to get a positive trade balance in agro-industrial products and add value to agricultural raw materials in order to promote export expansion of high-value products.

“The program would also address the high post-harvest losses, minimize losses to disasters, stabilize prices on top of increasing household incomes,” he said.

The delegations agreed that under agro-industrialization, backward and forward linkages between agriculture and agro-industries will necessitate that Uganda sustainably transforms agro-value chains to ensure sufficient supply for domestic industries to undertake transformative sustainable manufacturing while creating employment for its citizens.

Hon Tumwebaze further noted that MAAIF will be implementing activities sequentially throughout the value chain to ensure that the agricultural harvest is good for the industry.

“We are prioritizing disease control. That is why we are prioritizing mechanization such that the production volumes are adequate to sustain industries. We want to know zonal farming profiles such that people farm what they are good at and what their climatic conditions favour,” he said. “We want to ensure that the voices of extension are amplified. We will advance farmer education through media and we will revive the farm schools for people to visit and learn in a place closest to them.”  The meeting with OWC officials marked the end of the minister’s tour and interaction with sector actors in Mbale and Teso sub-regions before concluding with Gulu.