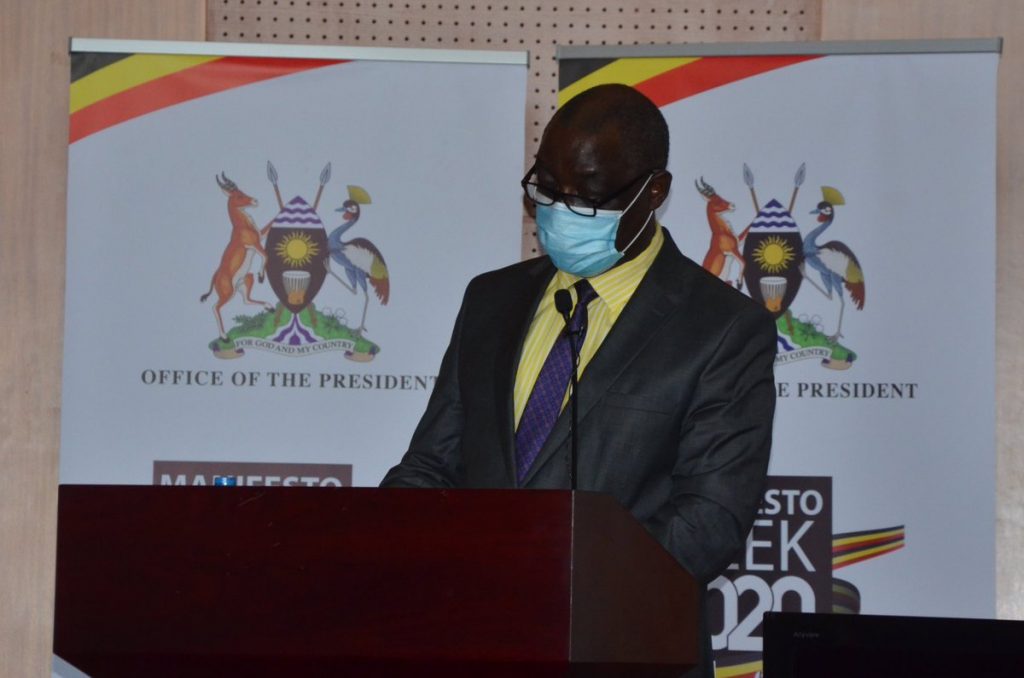 During this period, the sector annual growth rate rose from 2.8% to 5%. The country is therefore on the right course towards archiving the targeted 6% annual growth rate in the Maputo/Malabo declaration undertaking. The value of agriculture exports increased from USD 1.326 billion to USD 1.5 billion representing a growth of 20% in the past four financial years.

Government of Uganda prioritized Maize due to its high potential for food security and contribution to national export earnings. The production of maize over the past four years has increased by 85% from 2.6 million MT in 2016 to 5 million MT in 2019. The volume of maize exports has also increased by 6% from 750,000 MT in 2016 to 278,693 MT in 2019 while the value of exports has increased by 12% from USD 84.99 million in 2016 to USD 95.48 million in 2019. The improved performance along the maize value chain is attributed mainly to distribution of seed by government, increased adoption of improved maize varieties by farmers, increased value addition by private sector and increased vigilance by Government to control pests and diseases

Cassava was identified as one of the most important crops in the and our research shows that Uganda can produce more of various products including flour, animal feed, alcohol, starches for sizing paper and textiles among others. The Ministry has therefore strategically developed programs to promote research into high yielding and climate resilient varieties which are now being disseminated in the areas with the best production potential.

The Ministry through the NAADS/OWC programme provided support to both small holders and commercial cassava farmers in more than 60 district local governments that prioritized cassava. A total of 793,223 bags of cassava cuttings were distributed. These interventions have led to a 131% increase in cassava production from 3 million MT in FY 2015/16, to 7 million MT in FY 2018/19.

The Ministry has continued to prioritize dairy which has resulted into improved performance along the dairy value chain. Milk production increased from 2.08 billion litres in 2015/16 to 2.51 billion litres in 2018/19. The volume of marketed milk has been maintained at 80 % between 2015 and 2019. The country has about 355 Milk Collection Centers (MCCs) with a total capacity of 1.5 million litres. The export value of milk and milk products has increased by 310% from USD 50 million in 2015 to USD 205 million in 2019. The exports were mainly UHT milk, milk powder, casein protein, ghee and butter oil.

The Government efforts to reduce importation of crude palm oil continue to yield good returns with an increase in production of oil palm fresh fruit bunches and incomes earned by the farmers. The oil palm harvests increased from 37,802 MT valued at UGX 21.4 billion in FY 2017/18 to 44,221 MT valued at UGX 21.1 billion in FY 2018/19. The reduction in value was a result of lower average prices than those of FY 2017/18. The oil palm households with mature gardens in Kalangala earn an average of USD 4,676 each year and are already in the middle-income bracket. The palm oil enterprise in Kalangala produced over 40,000 MT of crude palm oil in 2019 which saved the country USD 23 million.

Beans remains another important food crop, grown by households all over the country with high potential for increasing household incomes. Over the last four years, the Ministry has distributed a total of 7,086,504 kgs of bean seed to smallholder farmers in all district local governments that prioritized beans in the past four years.

Cocoa is ranked among the high value export commodities that offer great economic opportunities for increasing farmers’ incomes and foreign exchange earnings for the country.

The Government has distributed a total of 21,526,743 cocoa seedlings to both small holders and commercial farmers in district local governments that prioritize cocoa production in the past four years. Due to this intervention cocoa export volume have increased by 19% from 29,761 MT in FY 2015/16 to 35,318 MT in FY 2018/19 while the value of our cocoa exports increased by 3% from USD 75 million to USD 78 million in the reporting period.

The Ministry has developed an irrigation policy and was approved by Cabinet which provides a regulatory framework for the private and public investments, defines the roles of MAAIF and MWE in irrigation. Government has continued to invest in the construction of irrigation schemes. Five irrigation schemes that were highlighted last year will soon be completed. These are Torchi, Ngenge, Mobuku ll, Doho ll and Wadelai is ongoing, with the progress as follows: Tochi (500 ha in Oyam District) – 72.3%; Ngenge (880 ha in Kween District) at 90%; Mubuku II (480 ha in Kasese District) at 68%; and, Doho II (1,178 ha in Butaleja District) at 85%; and Wadelai (1,000 ha Pakwach/ Nebbi) at 29%. The schemes will greatly contribute to increased production of rice, aquaculture and horticulture (fruits and vegetables).

The Government is constructing 4 regional mechanization centers in Buwama – Mpigi district (Central Region), Agwata – Dokolo district (Northern Region), Kiryandongo district and Mbale district. The regional mechanization centers will decentralize the irrigation and water for agriculture production services. The centers will be managed by a Senior Engineer who will work with a Mechanical Engineer, an Irrigation Engineer and a Civil Engineer.