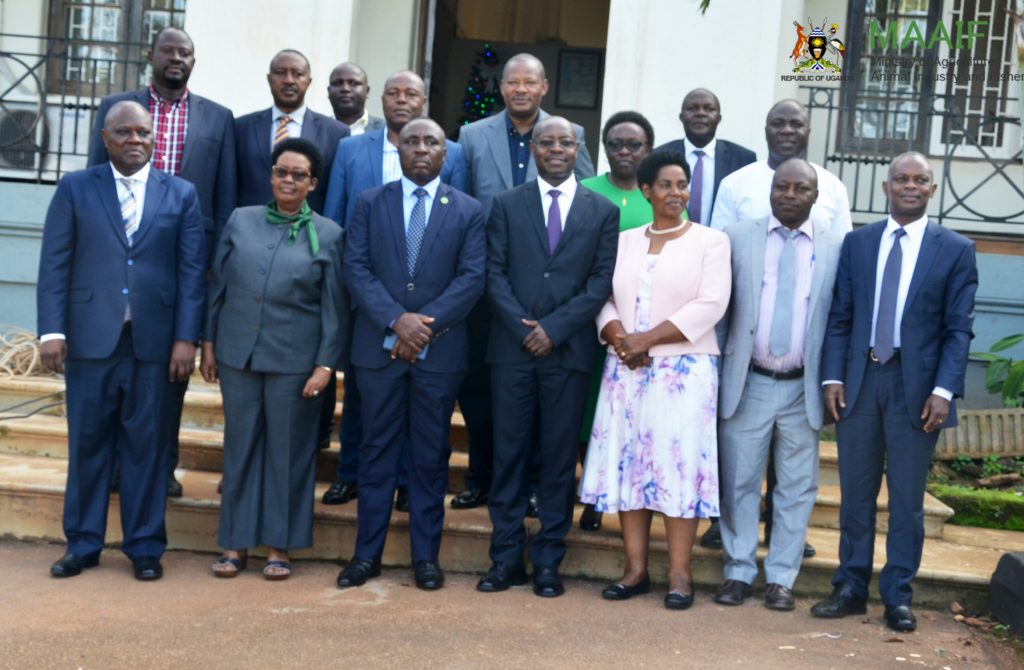 Entebbe, 23rd December 2019. The Ministry of Agriculture Animal Industry and Fisheries has held End of Year Activities for the year 2019 at the Ministry Headquarters in Entebbe.

Kuroiler chicken which are disease resistant and faster growth have been introduced. The Kuroiler hens lays between 150-200 eggs in a year compared to the 40eggs produced by the indigenous birds. Cocks weigh between 3-4 kg within four months.  2, 305,194 were distributed to 5,500 households and 40,000 birds have been exported to the regional markets.

Construction of Water for production infrastructure and facilities under the Regional Pastoral Livelihoods Resilience Project (RPLRP). Five valley tanks each of 40,000 cubic meter capacity in Kween, Nakapiripirit, Napak, Abim and Amuria are being constructed and have reached 35% completion.

Through the 4P (Private Public Producer Partnership) model that is implemented through the Vegetable Oil Development Project 10,924 hectares of oil palm have been established by both the smallholder farmers and BIDCO Uganda Limited in Kalangala District.

Below is a gallery of retirees who served diligently to contribute to the development of the agricultural sector.