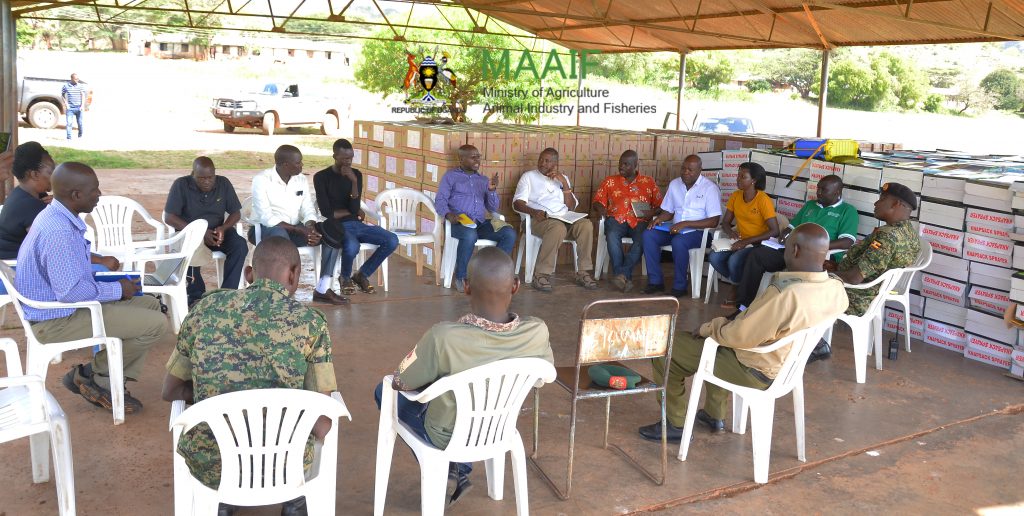 Background to the invasion

The first swarm of desert locusts in the country flew in through Alakas sub-county in Amudat District and settled in Kakamongole in Nakapiripirit District on Sunday Night.

Another swarm flew into the country through the same path on Thursday.

What the public needs to know:

1. The first swarm of Desert Locust that was sighted on Sunday night was mainly made up of mature locusts (yellow in colour). However, these have laid eggs on the Ugandan side of the boarder.

3. The eggs laid by the Desert Locusts hatch in 14 days. The nymphs and young Desert Locusts (mainly pink in colour) that will come after the first hatching are the most dangerous since they have high need for food.

4. Surveillance teams which are also working with the support of the Uganda People’s Defense Forces in the region are assessing the travelling patterns of the first swarm to construct maps of sites where the eggs have been laid.

5. While some of the teams in the area may have been seen burning bushes and chasing the adult Desert Locusts, awareness creation teams from the District and Ministry of Agriculture have been expanded and are now reaching more people with the following sets of information:

(b) chasing the adult Desert Locusts can make it more difficult for the Control Teams to fight them in massive swarms since they can easily separate into more swarms. This makes all means, including aerial spraying more difficult.

7. The two aircrafts for aerial spraying will be in the country before the first hatching and will be loaded with the pesticide needed in the control of the Desert Locusts.