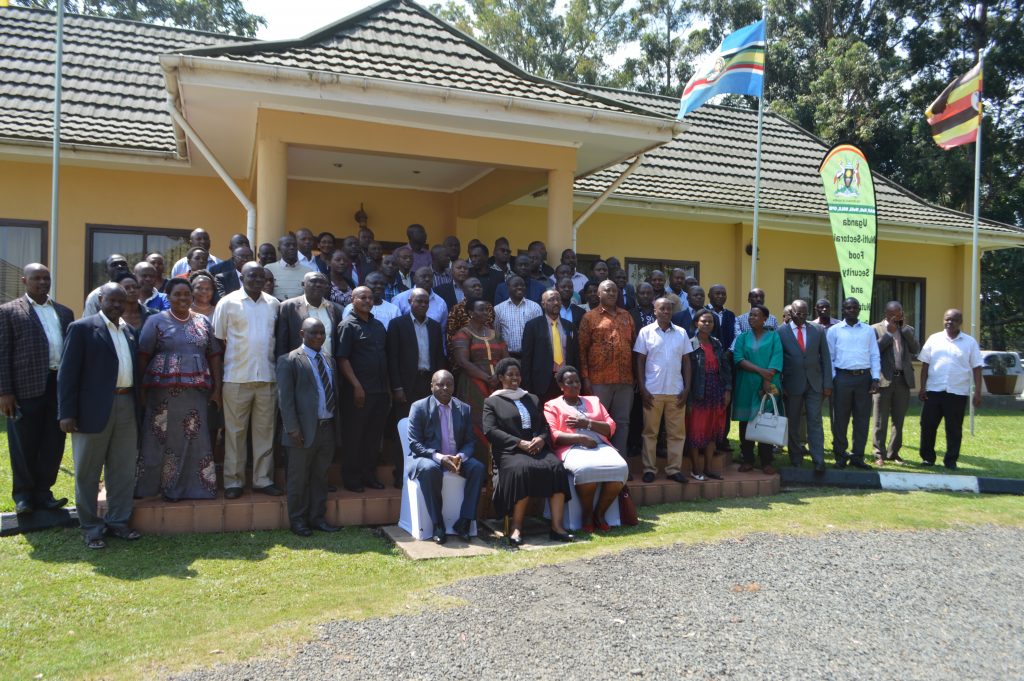 Kabarole, 15th August 2019 The activities of the 2019 Joint Agricultural Sector Annual Review (JASAR) are ongoing in the Western Region of the country.

The field activities that are carried out annually are undertaken region by region and the climax is a national level event in Kampala during which progress reports are presented and discussed to inform planning and identify areas of success as well as need for improvement.

These regional visits and studies are concluded with a Pre-JASAR workshop.

Below are activities carried out by the field teams in a build-up to the pre-JASAR Workshop.

Agriculture is among the four key sectors highlighted in the Uganda vision 2040 that can greatly contribute to wealth and employment creation. Agriculture has continued to be the main building block of our economy and is a core undertaking under the NRM Manifesto. The 2014 Population and Housing Census figures indicate that close to 80% of the households in the country are involved in agriculture. The sector contribution to the national economy still remains strong. Agriculture contributed 24.9% of the national GDP and 72.9% of the total national export earnings in FY 2016/17.

The Ministry is focused on increasing production, productivity and value addition to the key strategic enterprises that will bring about import substitution and export promotion. This will reverse our balance of payments constraints and provide the much needed foreign exchange to the country.. This will also partially address the issue of employment, especially among the youths. The Ministry has also increased investment in cross cutting inputs such as water for production at farm level, mechanization, fertilizers and provision of seed, planting and stocking materials.

Below is a summary of national level progress made in the agricultural sector since the year 2016.

Stepping efforts in the fight against crop pests and diseases

Five valley tanks each of 40,000 cubic meter capacity in Kween, Nakapiripirit, Napak, Abim and Amuria are being constructed and have reached 35% completion.

Through the 4P (Private Public Producer Partnership) model that is implemented through the Veetable Oil Development Project, 10,924 hectares of oil palm have been established by both the smallholder farmers and BIDCO Uganda Limited in Kalangala District.

This has increased the income per unit area under production for Uganda’s oil seeds farmers.

Kroiler chicken which are disease resistant and faster growth have been introduced. The Kuroiler hens lays between 150-200 eggs in a year compared to the 40eggs produced by the indigenous birds. Cocks weigh between 3-4 kg within four months.  2, 305,194 were distributed to 5,500 households and 40,000 birds have been exported to the regional markets.