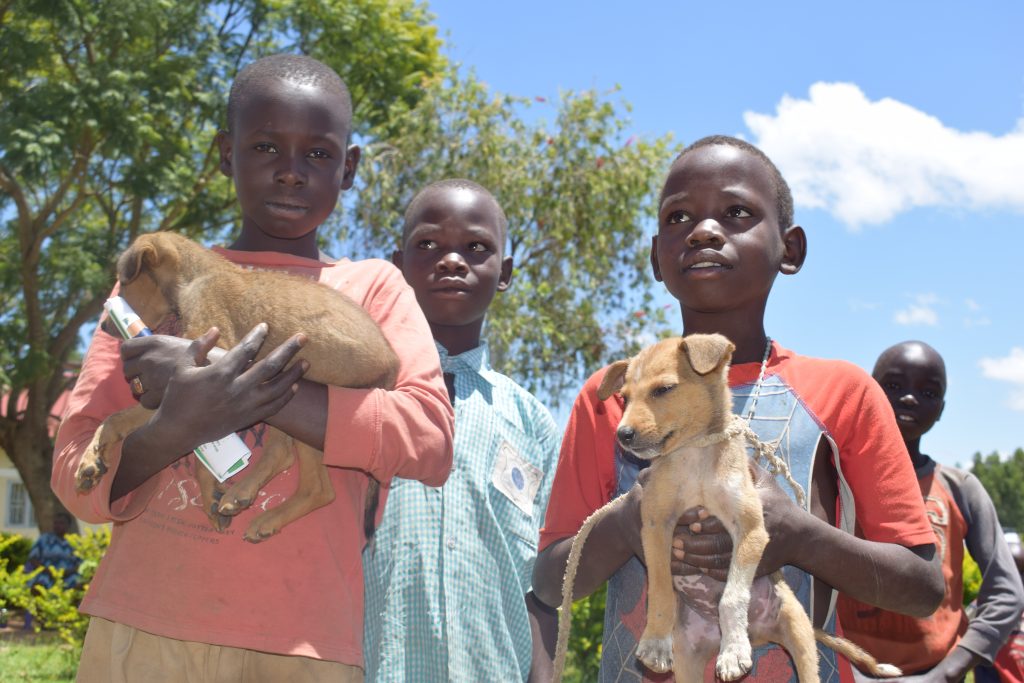 Leaders of Arua District in West-Nile Region of Uganda have observed that one-two people die every month as a result of rabies that are caused by animal bites. This observation was made by Mr. Alfred Okuonzi the Arua District chairperson during the commemoration of the World Rabies Day at Vurra sub-county in Arua District yesterday the 25th September, 2021.

He said they would need to formulate by-laws that will be enforced to control animal movements. “People here do not chain or construct houses for their dogs. They just allow them to stray around and this has caused problems for communities in the past. This must stop if we are not to experience dog bites in communities,” he said.

He said the communities have not been taking initiative to vaccinate their dogs, which had become a health threat due to the dog bites. “Rabies is preventable but our communities do not want their dogs to be vaccinated. This is endangering the lives of people and even other animals.” He added.

Okuonzi also noted that people have resorted to run to the Democratic Republic of Congo (DRC) to seek for witchcraft cleansing instead of going for treatment and vaccinating their dogs and pets.

He called for community sensitization and awareness creation about the dangers of rabies and benefits of vaccinating their animal pets.

“The school children are mostly at risk because they account for 75 per cent of the cases that we have registered and they remain vulnerable. This is the trend we need to reverse with more sensitization on vaccination of these dogs,” he said.

The guest of honour, RDC for Arua District, Mr. Nahori Oya who represented the Minister of State for Animal Industry, Ltd Col. Hon. Dr. Bright Rwamirama said the people of West-Nile should get back start respecting animal rights by feeding them as well as vaccinating them to maintain animal health rights.

“Communities need to be given facts about rabies because it is preventable. We have a target of eliminating rabies by 2030 where we target to vaccinate 70 per cent of dogs in the coming years.”

He added that it was cheaper to vaccinate a pet animal than treating a rabies infected person. Isingoma said that more than 59,000 people die every year World Wide because of rabies yet the disease is 100% preventable.

He urged people to immediately wash the wound of any person who affected by a dog bite with soap and running water for at least 15 minutes and also to seek medical advice from the nearest health experts.

He hailed the work of partners who included; European Union (EU), United States of America International Development (USAID), World Bank, UKAID, FAO, WHO, Global Alliance for Rabies Control, political leaders, cultural and religious institutions, Uganda Vet Association and Uganda Medical Association and Makerere University among others for the support in the fight against rabies in Uganda.

Rabies is a deadly virus spread to people from the saliva of infected animals. The rabies virus is usually transmitted through a bite. The symptoms of rabies include fever, headache, excess salivation, muscle spasms, paralysis and mental confusion.