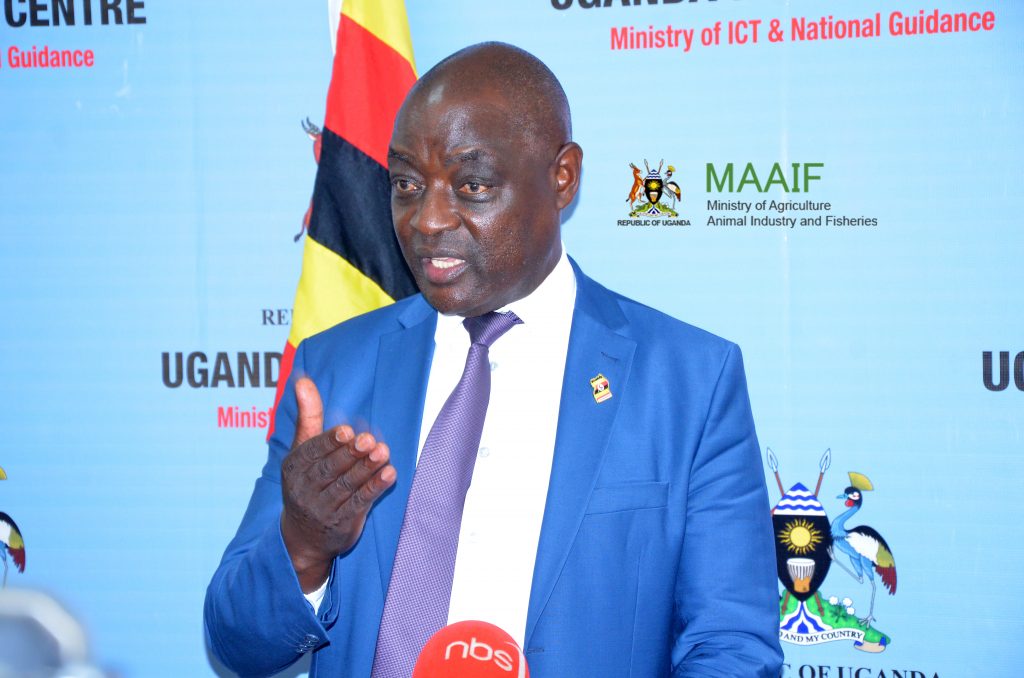 Kampala, 10th March 2020. Hon. Vincent Bamulangaki Ssempijja the Minister for Agriculture, Animal Industry and Fisheries together with Mr. Pius Wakabi Kasajja the Permanent Secretary presented a public statement through the media at the Uganda Media Centre today as part of the continual efforts by the Ministry to provide regular status updates and public advisory.

Swarms of desert locusts (Schistocerca gregaria) continue invading Uganda from neighbouring Kenya through Karita and Loroo sub-counties in Amudat District in Karamoja sub-region, after having ravaged several parts of Kenya, causing food shortages. The desert locusts have since been sighted in 24 districts in Teso, Lango, Acholi, Sebei and Bugisu sub-regions.

The existing swarms have not caused significant damage to the vegetation cover, however, there is an eminent threat to food security when the eggs hatch into hoppers in the next few weeks as has been the case with our neighbour, Kenya. The swarms however continue to spread to other districts and possibly laying of eggs is expected to continue while our efforts to control the adult locusts continue.

On 3rd March 2020, a new invasion of desert locust (4 square kilometre) arrived in Bukwo District covering 3 villages of Ariyowet, Kapambar and Kaptobole in Kapswamatule sub-county. The swarm was a mixture of immature and mature adults and the UPDF immediately swung into action by spraying them. It is worth noting that the immature adult locusts are the most destructive stage of the desert locust as swarms can feed on 100 tons of vegetation per day

On 6th of March 2020, the swarm that had settled in Kidepo Valley National Park was seen flying towards South Sudan. We are in discussions with Uganda Wild Life Authority to begin mapping out areas of desert locusts’ invasions in the National Park for targeted control. This is in line with the preservation of the eco-system in the National Park

With the planting season round the corner, it is of paramount importance that the desert locust invasions are completely brought under control to avert a potential food crisis.

In response to the invasion, Government in collaboration with key partners has undertaken various interventions to control the desert locusts’ invasions:

Surveillance teams from Ministry of Agriculture, Animal Industry and Fisheries, respective District Local Governments and Uganda People’s Defense Forces have continued to assess and map out areas where eggs could have been laid by the desert locusts. Maps are being developed to guide the control of nymphs by aerial and ground control. Whereas we may not have seen hoppers hatching at the moment, we are reminded that locust eggs remain in the ground for long periods until the weather becomes conducive for them to hatch. As such vigilance must be exercised at all times in areas where the mature locusts have been and this is what the surveillance teams are doing

A Surveillance and Reporting Application developed by MAAIF and FAO continues to be used by Extension Workers in the field for timely reporting and maps continue to be generated.

Aerial spraying using Fenitrothion 96 ULV was conducted at Napeto, Nakachumti Parish Matany Sub-county Napak District on the 1st of March, 2020. More aerial spraying of desert locusts was carried out at kadonyo, Tapac sub county in Moroto District. Post spray assessment is being done while more areas for aerial spraying are being assessed and mapped.

A Health and Safety Committee under the guidance of NEMA is providing guidance on Human and environment Safety mitigation measures during aerial and ground spraying. This team will support respective district local government efforts of engaging affected communities on various issues including; avoiding consumption of dead locusts as they maybe poisonous as a result of the desert locust control activities

Awareness creation and sensitization is ongoing and will be intensified over the next few weeks in the affected communities.  Various engagement approaches including local council mobilization efforts as well as community media engagement and IEC materials distribution have been adopted.  Posters, fliers and brochures continue to be distributed to target communities in English and respective local languages

World Food Programme provided fully serviced trucks (5) which are being used for logistics in the control measures.

Other partners include African Development Bank which has pledged support to the tune of 1 million dollars and the World Bank which has equally promised some support.

The specialized pesticide formulation for aerial spraying (Fenitrothion 96% ULV) is a challenge to obtain due to the current wave of desert locust outbreaks in the horn of Africa, middle East and the East African region.

Our original order has been delayed due to strict measures by the Kenya Government which required pre-shipment inspection in Japan which takes 2 (two) weeks. However, the Supplier, Twiga Chemicals has been able to make a partial delivery of 400 Litres awaiting delivery of the full consignment. Kenya is also faced with the same challenge of ready availability of this chemical.

7.0      Conclusion: I would like to take this opportunity to appreciate support provided by various development partners including ADB, FAO, WFP, World Bank, and Bill and Melinda Gates Foundatio 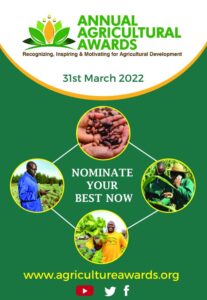